The sale of the Duston Estate in 1919 happened because of the state of agriculture at that time. Enormous imports of high quality grain were coming into the country from North America and Canada. There was a terrible depression in agriculture and the banks were reluctant to lend money. This meant that tenant farmers found it difficult to pay the rent on their farms. Many farmers and labourers left this area for Canada, so hopeless was the situation here.

The estate was owned by the Kerr family who inherited it from the Melbourne family. Mr Wilcox, who farmed Rose Cottage Farm (opposite St Luke's Church in Duston), recounted that he went to meet Viscount Kerr, the owner of the Duston estate, and his agent in the Melbourne Arms on May Day 1918, the traditional rent day of the year. Mr Wilcox said, 'My lord, I'm sorry. I have no rent for you again!' Kerr's answer was 'Never mind. Stop where you are. If we give you notice, there is no chance of anyone else taking the tenancy of the farm.' 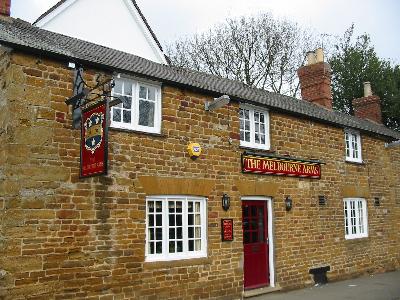 In 1919 all the estate of almost two thousand acres was sold. Farms, mills and public houses were all offered to the tenants to buy. Some were sold privately, and the remainder were sold by auction. The agents tried hard to sell the farm cottages to the farm workers for an average of £50 each, and farmers were offered their farms for around £700.

Here are some items that were sold in the auctions:

This article was kindly donated by Fred Golby, local historian. To learn more about the history of Duston, see Fred's book A History of Old Duston & Old St James.
back to top
Go to top